There has been some fairly graphic pictures doing the rounds on social media of Jarryn Geary’s right thigh. He suffered a contusion injury in St. Kilda’s Round 5 match against Melbourne in what appeared to be quite an innocuous incident. The extent of the bleeding following this knock to the thigh reportedly required 3 lots of surgery to reduce the pressure within the muscle compartment followed by 30 stitches and 19 staples.

If you are faint of heart or easily upset by the sight of blood, PLEASE DO NOT SEARCH FOR THE IMAGE. It’s disgusting.

What this incident does highlight is that contusion injuries, or corkys as most of us refer to them, can occasionally be much more serious than we think and there can be serious consequences if they are not managed properly.

A contusion injury results from a direct blow to the soft tissue, usually a blunt force trauma such as an opponent’s knee knocking heavily into the leg of opponent. This force is sufficient to cause damage to blood vessels and other soft tissue, leading to bleeding. This in turn leads to inflammation, swelling, pain and of course a loss of function of the muscle involved in the injury.

The goals of the early management of a contusion injury are to restrict the amount of bleeding occurs and therefore the inflammation and pain. The acronym RICER is often used in the acute management of any soft tissue injury.

Rest – Stop activity. The more you run, the more bleeding is likely to occur.

Ice – Use ice on the injured body part. 20 minutes every 2 hours for the first 72 hours.

Elevation – This means resting with the injured body part above the level of the heart.

Referral – To a Physiotherapist or Doctor for ongoing management.

NO Heat, Alcohol, Running (activity) or Massage within the first 48-72 hours. All of these things have the potential to make the bleeding worse in the initial phase of healing. It is important however once the initial bleeding is well managed to gradually get back into some activity to exercise the injured body part. Using the muscle once the bleeding has settled is an important part of recovery. Encouraging the muscle to work helps to “pump” bruising and other inflammatory tissue away from the muscle compartment and avoid further complications.

As demonstrated by the Jarryn Gear case, there is definitely the potential for significant consequences if the amount of bleeding is more than initially thought or if initial management is poor. If the bleeding is too severe or uncontrolled it can lead to an increase in pressure with a muscle compartment and start to constrict other undamaged blood vessels or nerves with that compartment. This is called Compartment Syndrome and may require urgent attention. The procedure performed on Jarryn Geary is an example of a fasciotomy or fasciectomy. Basically, the thin layer of connective tissue that holds the muscles together is sliced open to relieve the pressure and prevent further damage to the vessels.

Another potential consequence of a corky is something called Myositis Ossificans. This is when the bleeding and inflammatory tissue caused by the injury starts to turn into bone, rather than being reabsorbed by the body. These unwanted bony growths interfere with the action of the muscle and impact heavily on performance. Often they will slowly resolve themselves, but sometimes they can be so big and so persistent that they become permanent. They then require surgery to have them removed.

So the point of this blog is simple – take your corky seriously and manage it well early on so that you avoid these types of complications and get back to your best as soon as possible.

At Corio Bay Sports Treatment Clinic we are well qualified and equipped to help diagnose and treat these types of injuries and get you back to performing at your best as soon as possible. 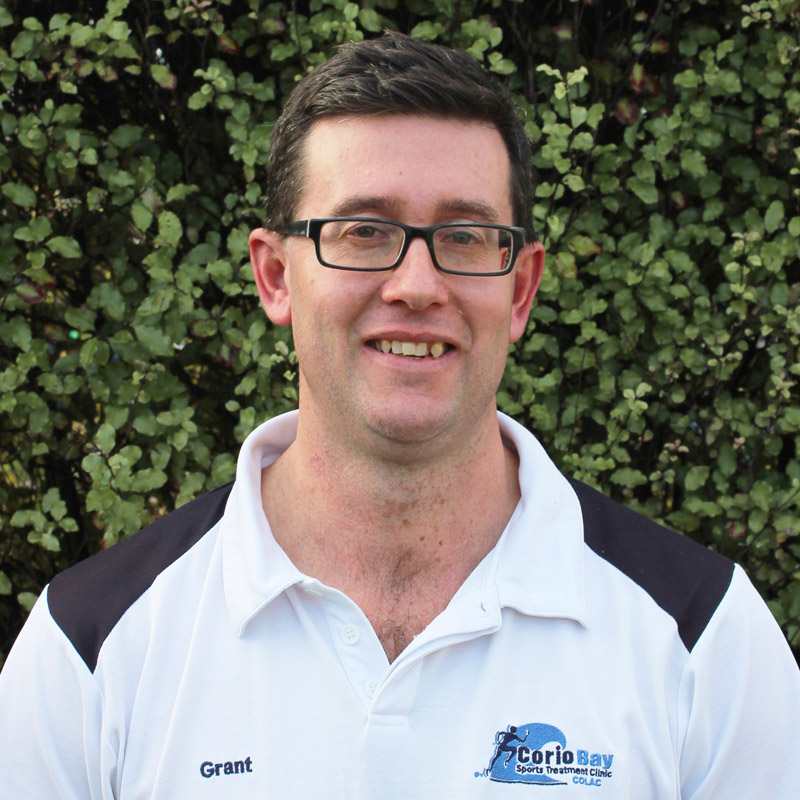 Grant has been a physiotherapist in our clinic since 2012 and has returned to Colac to live with his beautiful wife Jess and sons Alex and Josh.  Grant initially took great interest in Physiotherapy when receiving treatment for a back injury sustained whilst playing Cricket which was a major passion in his younger years.  This lead him to  a degree as a mature aged student and he continues to fuel the passion for excellence and is currently completing his post graduate studies in sports physiotherapy.  Grant is an accredited cricket coach and is also Pilates trained giving him expertise in sporting biomechanics and strength requirements for both athletes and the general public. Tips For Exercising When You’re In Pain

Tips For Exercising When You're In PainBluewater Fitness Centre One of the most challenging aspects of living with an injury or chronic pain is how it can quickly impact your exercise routine. If you have been working towards a fitness or weight goal, this can be...
Read More 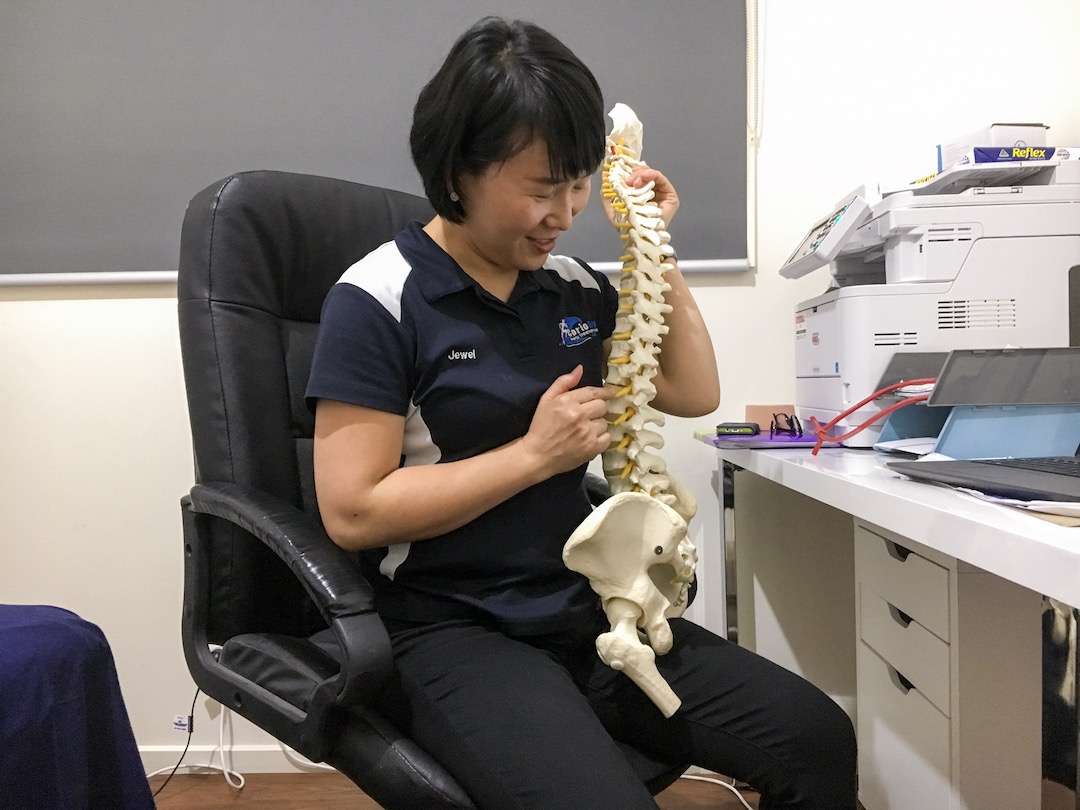 The spinal cord, nerves and arteries are surrounded by the spine, which acts like a hard electrical casing to support and protect these vulnerable structures. The spine has a hollow column that allows the spinal cord to run from the brain all the way to the tail bone. At each spinal segment, a spinal nerve branches…
Read More

What this incident does highlight is that contusion injuries, or corkys as most of us refer to them, can occasionally be much more serious than we think and there can be serious consequences if they are not managed properly. 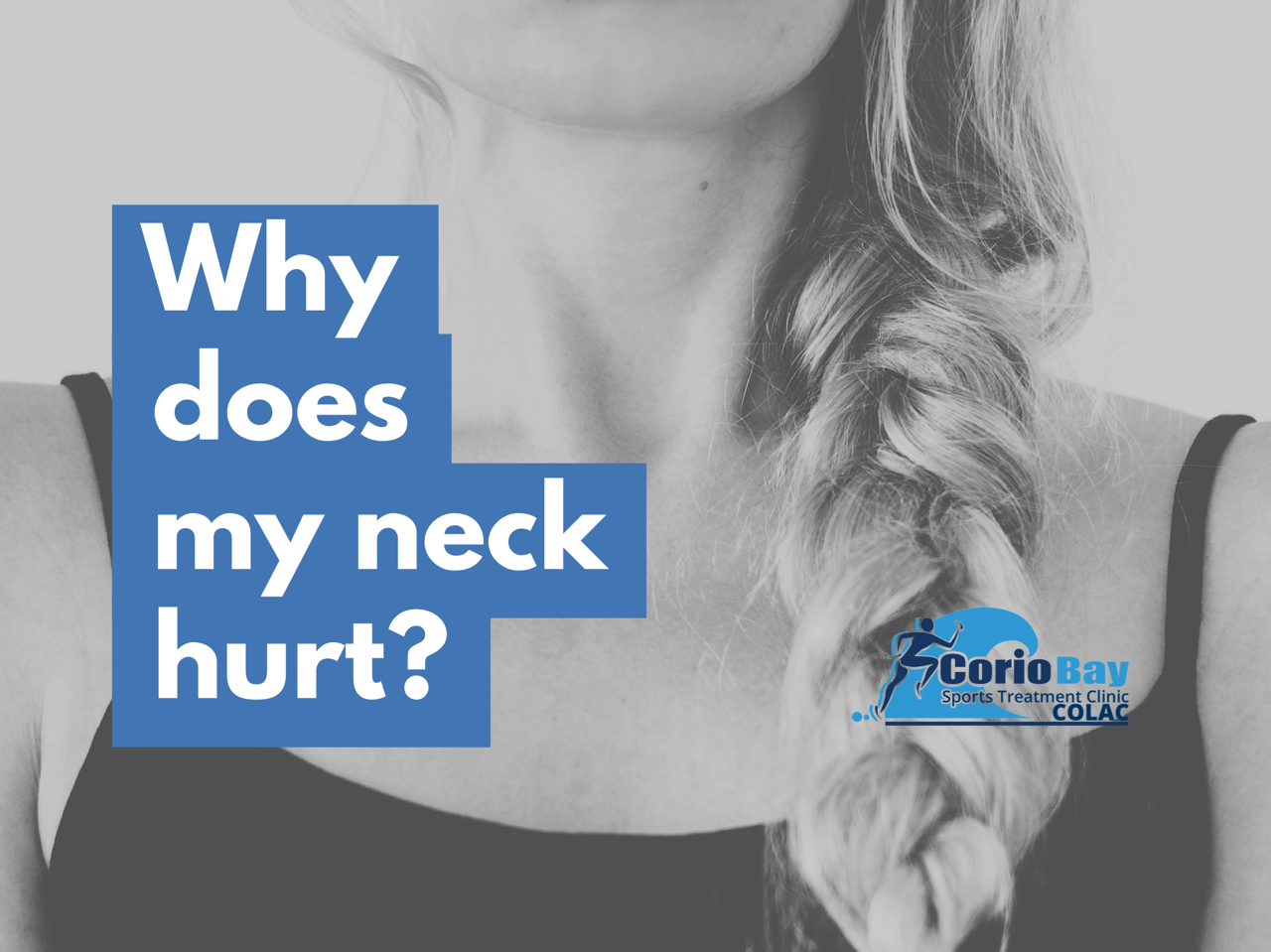 Why Does My Neck Hurt?

If you are experiencing regular neck pain that just won’t go away, it’s possible that parts of your daily routine are contributing without you realising. Here are a few common everyday activities that might be making your neck pain worse. How Can Exercise Help People With Heart Disease?

How Can Exercise Help People With Heart Disease? “The minute I get short of breath or feel my heart racing a little, I worry. If I am walking I sit down somewhere and wonder if my heart is going to be ok. Will I be ok?” Does this sound familiar? Do you wonder if...
Read More 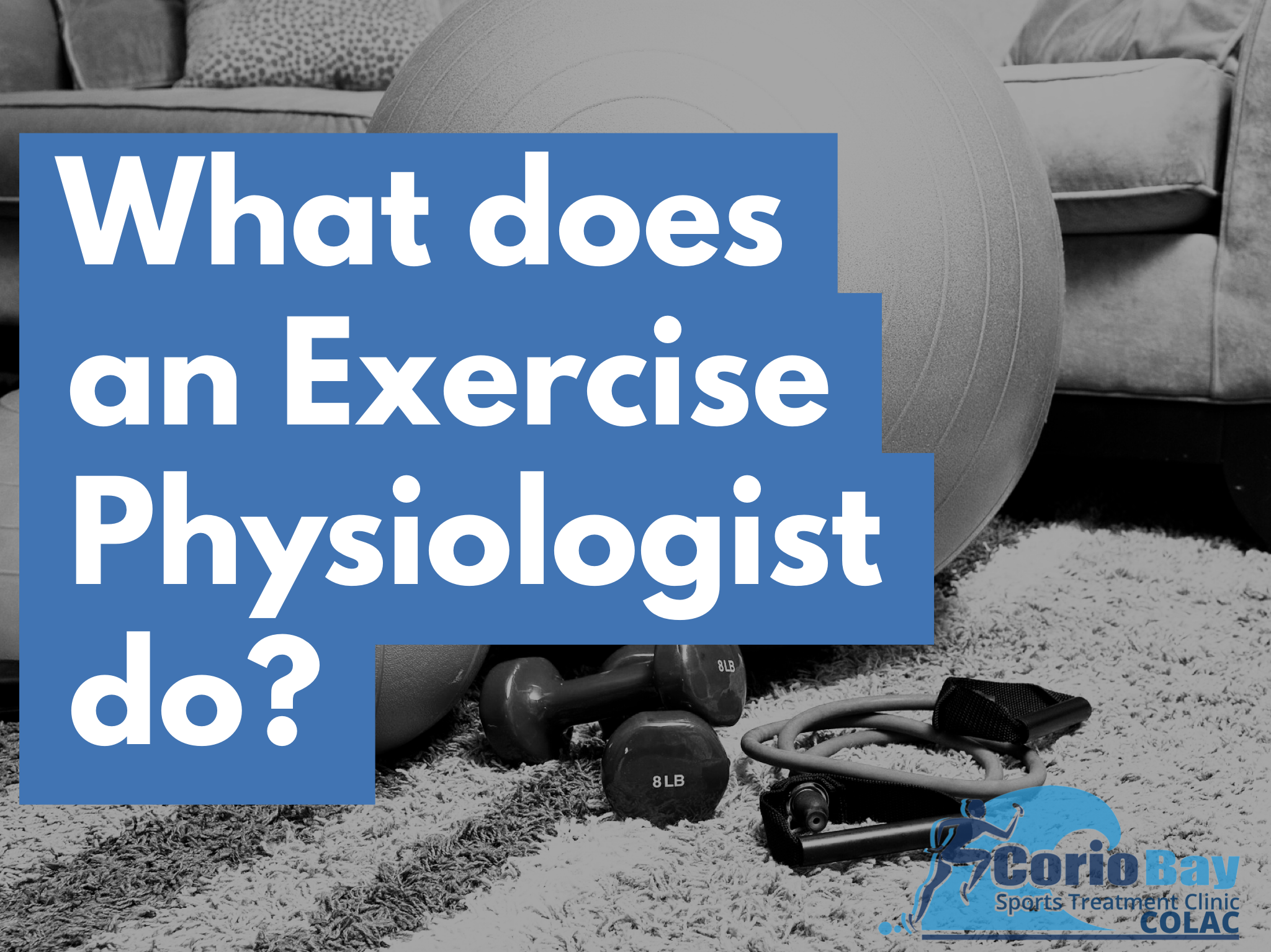 What Does An Exercise Physiologist Do? 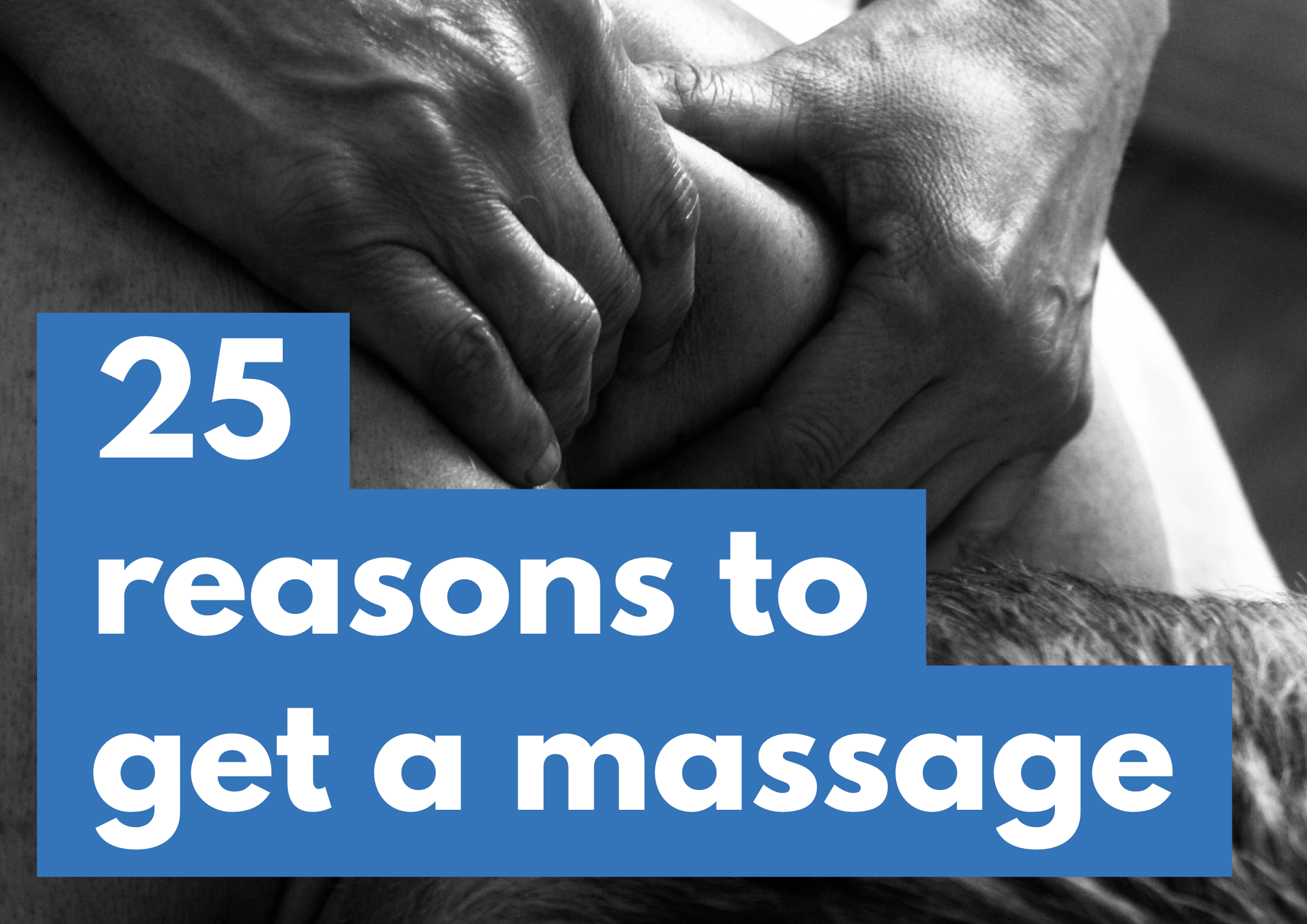 25 Reasons To Get A Massage

25 Reasons To Get A Massage Getting a massage can be a great chance to relax and unwind, but that’s not the only reason to get a massage. Our Massage Therapists and Myotherapists have put together a list of 25 ways that a massage can be beneficial. Relieve stress...
Read More 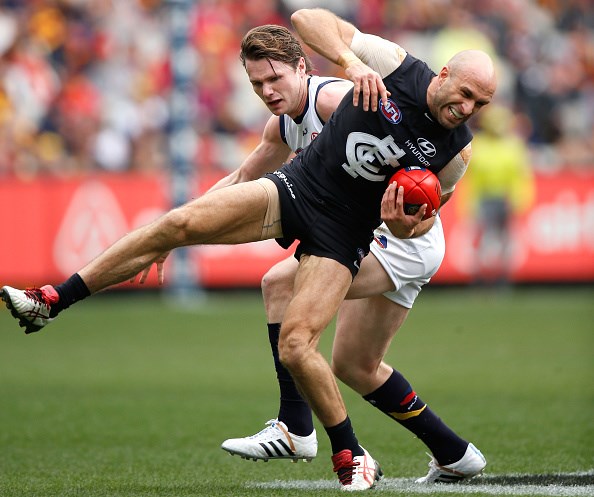 When can I return to sport after an ACL knee reconstruction or other serious injury?

When can I play again? How do I know if my knee is ready to return to sport? One of the most common questions a sports physiotherapist is asked is “When can I play again?” In this article I describe what is needed but please also explore the Youtube videos I have...
Read More Pregnancy is such an exciting time during your life, though unfortunately as your body changes aches and pains can develop. At Corio Bay Sports Treatment Clinic Colac, we have a team of massage therapists trained to help you through your pregnancy to ease these aches...
Read More 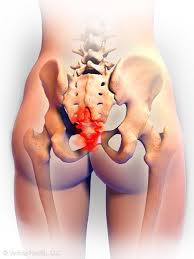 Coccydynia – A Pain in the Butt!

Coccydynia – A Pain in the Butt!   What is a tail bone? Your coccyx (Tail bone) is the last segment of bone at the bottom of your spine. This little segment is thought to be the remnant of the tail we once had. The coccyx consists of 3-5 simple vertebral units that...
Read More